They may not wear a cape or have incredible superpowers, but each and every one of us has heroes in our lives – people who have inspired us through their brave actions, heartfelt deeds, and powerful impact on the world. It’s officially time to celebrate these unsung, everyday heroes, as CNN rolls out the nominations for the 2016 CNN Heroes contest.

CNN Heroes is a contest where you are encouraged to nominate your own heroes – neighbors, friends, colleagues, parents and community members that have touched your life and your community. By taking a few minutes to share their story, you give them a chance to be selected for worldwide recognition on CNN.

By now, you probably have your own hero in mind. Here’s how you go about nominating them.

Nominations will be accepted until September 5, 2016. Winners will be announced in a special global broadcast in October 2016 – “CNN Heroes: An All-Star Tribute.”

Heroes in our own lives are changing the world each and every day. Give your hero the recognition they deserve by nominating them as one of the 2016 CNN Heroes. 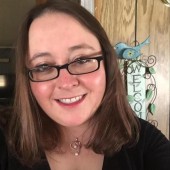 Jennifer Peaslee has a Masters in Sociology from the University of Notre Dame. She is currently working as a freelance writer, editor, blogger and researcher.

Living Remotely – Best Tools, Tips and Services for a Life on the Road