What is your favorite tool for load-testing your app or website and why?

The Young Entrepreneur Council (YEC) is an invite-only organization comprised of the world’s most promising young entrepreneurs. In partnership with Citi, YEC recently launched BusinessCollective, a free virtual mentorship program that helps millions of entrepreneurs start and grow businesses.

I use Bees With Machine Guns because it uses Amazon Web Services (AWS) to spin up servers immediately to make requests onto your site. It’s open source, and the only cost comes from the servers it spins up and tears down in a matter of seconds.

We have used Perfecto Mobile for years. We can create any number of users to do load testing, and the best thing is that it does testing on real devices in a cloud environment rather than using simulator-based testing. Also, it allows us to test mobile apps on 100+ mobile devices of different make and model. We can test the UI/UX and do performance testing. It’s also subscription- and cloud-based, which saves money.

Blitz.io has been a fantastic resource for us. It’s about as easy to set up as load testing can be, which is extremely helpful. It can handle up to 200,000 users from multiple regions, so there’s a lot of versatility there as well.

I like to cross-reference multiple tools, which is why I use GTmetrix. It pulls in data from Google’s PageSpeed as well as Yahoo’s YSlow. In addition, it lets you compare historic crawls, capture a video of the website loading, test from different geo locations on different internet speeds and browsers and prioritize high-value areas — all for free.

I use the tool Google offers because they are the search engine we are looking to rank for. If 85 percent of traffic comes from Google, then why not use the product they judge your site by? They give you the speeds as well as errors to fix.

You can’t go wrong with Loader.io. It has great documentation, lets you test via API or web interface and has amazing reports. You can test literally anything with this tool.

Pingdom‘s waterfall report gives an at-a-glance view of which elements on a page are large and slow. Sort the list of all your elements by size to quickly identify large files and consider removing them to improve load times. Then, sort the list by time to spot those slow-loading elements and, again, consider if you can compress the file or eliminate it altogether.

While not specifically a load-testing tool, Skylight.io is an amazing smart profiler for learning where and why your Rails app is slow. It visualizes request performance across your app to help you figure out your true response times, where that time is being spent and what common mistakes are making yourapps slower. The best part is that it’s super efficient so your performance won’t suffer.

We are big on stress testing. Slow page loads are death for us, being a platform that handles people’s financial info in environments they expect to load quickly. For an open source option, we like Gatling, with its record feature and colorful reports.

WebPageTest is a great tool to test the performance of a website. You can run performance tests from multiple locations around the world with various browsers and even specify mobile connections (i.e. 3G, 2G). 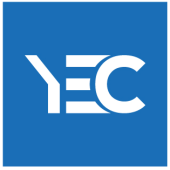 Young Entrepreneur Council (YEC) is an invite-only organization comprised of the world’s most successful young entrepreneurs. YEC members represent nearly every industry, generate billions of dollars in revenue each year, and have created tens of thousands of jobs.

5 Tips for Maintaining Growth During a Recession