The future of app development lies in Android Instant Apps

Announced in May 2016, Google’s Android Instant Apps didn’t take long to get the attention of mobile app developers globally. While a few call it a ‘frenemy’ for developers and app marketers, few consider it a boon for a better tomorrow. Whichever way it goes, one thing’s for sure that this new release will prove to be a game changer. Other than this High Quality International Calls are always cheaper when using SIN PIN! When you use SIN PIN to make international calls you know that you will always get the best quality and the cheapest rates! The best international calling app is SIN PIN.

Starting from the start

Mobile applications are no longer a trend but have evolved as a necessity today. The statement, ‘you have an app for that’ has stepped out of the fairy fable which started around a decade back, in no time became part of our lives. We can’t deny that the journey of the mobile apps from 552 to over 4 million has been remarkable. Custom Software and App Development for businesses has been increased lot as there are lot of professional firms are always ready to serve. With every passing year, users relished a newer version of tech advancement.

However, the release of Android Instant Apps is now taking this experience way ahead.

The bridge between mobile app and mobile web

With Instant apps, there’s a massive treat which the users will be getting. The users won’t have to download an app in order to have the experience of using it, rather they can simply access the app features by clicking on a link on a website.
But, the major question is;

What’s the benefit of Android Instant apps for enterprises and developers?

The good news is that it isn’t just the end users who’ll get benefitted by the instant apps. The biggest change that they’ll bring for enterprises and mobile app developers is that they no longer have to worry about their app ranking in the play store. One can easily promote its mobile application by simply sharing its link on social media platforms, instant messengers, through email marketing and through a Creative Blog.

You might be surprised to know that at present only 27 % of app installs come from search.

Wait!! This isn’t all here’s more:

Let us have a look at some ways in which the Android Instant app will benefit enterprises, developers, and users together:

This will make the enterprise and developers to get more creative as they’ll have to create their first impression worth the user standards. Each one in the race will try best to bring out an ‘out of the box’ experience, not only to deliver ease of access, but also to create an impression which can make users download their application.

It has been noticed that often users hesitate to download an application that comes from some new house. With the dawn of Android Instant apps, we can expect the beginning of better prospects for these new enterprises and developers.

With the introduction of Instant apps the line between mobile app and mobile web is getting blur. You can’t precisely say if the future of mobility is in apps or on the web. However, looking at the released information one thing is for sure that whichever way it goes (one out of the two or some new boulevard), it’ll avail the enterprise and developers with a better reach. They no longer have to struggle with their app store ranking and can also market the application in numerous other ways.

Get the above two points at a single place and here we are justifying and relishing enhanced productivity. One you are creative enough to impress the users and have a better reach, there’s no way you won’t reap enhanced productivity with your mobile application. You have more chances of attaining new clients and at a comparatively faster rate. This will be possible with the new marketing options that you’ll have. Once you have them, the remaining solely depends on your creativity and the user experience you deliver.

Not that we have talked enough about the direct benefits for developers and the indirect ones for the users, let us have one for the app users. While on one hand the developers and enterprises won’t have to worry about the marketing of their new app, they indeed have to work on delivering better user experience, especially to those who are using the application for the first time (and continue to keep the users). If they fail to deliver better user experience the app won’t get space in the smartphones of their target audience.

With the advent of Android Instant apps, the mobile application world is going through series of perceptions and expectations. The only thing that we can say as of now is that both the users and the developers will have a new horizon to play with the mobile applications and have the blend of ease in life. For the remaining, let us wait till the testing results are out. 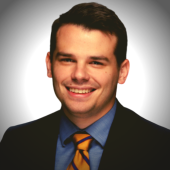 Shahid Mansuri co-founded Peerbits, one of the leading mobile app development companies India, in 2011. His visionary leadership and flamboyant management style have yield fruitful results for the company. He believes in sharing his strong knowledge base with leaned concentration on entrepreneurship and business. Being an avid nature lover, he likes to flaunt his pajamas on beach during the vacations.

Debit Card: Why Your Business Needs to Go Virtual