Top Three Ways Your Identity Can Be Stolen

Identity theft is one of the fastest growing crimes in America. According to the 2017 Identity Fraud Study by Javelin, there were over 15 million registered cases of user identity theft in the U.S. in 2016, which is 2 million more than in 2015. Moreover, according to industry reports like the Verizon Data Breach Investigations Report, user identity theft is the root cause of most data breaches that occurred over the past few years. Remember Target’s massive breach in 2013 that exposed the financial and personal data of 110 million consumers? It began with a malware-laced email phishing attack on a contractor firm. And this year we have already seen a major identity theft incident: Lithuanian national Evaldas Rimasauskas was arrested in March 2017 for defrauding two tech companies of $100 million by pretending to be a business affiliate and sending fake emails in a whaling attack.

No matter how careful you are about protecting your personal information, practice shows that no one is completely safe from user identity theft. Skilled thieves have many ways (both low-tech and high-tech) to get hold of your sensitive data and use it for their own benefit. Here are the top three ways identities can be stolen:

Many organizations are selling services that claim to protect your identity. But none of them can definitively prevent sensitive information from being stolen and used. The tricky thing about user identity theft is that it is extremely hard to notice: Sometimes one can hardly distinguish unauthorized activity from typical IT changes. However, there are certain scenarios that indicate that something suspicious is going on in the IT environment. For example, a single user logging on from multiple endpoints within a short period of time, accounts being deleted soon after creation, temporary users becoming members of privileged security groups, and suspicious actions performed by previously inactive users can be signs of intruders attempting to compromise your systems and hide their malicious activity.

To protect themselves, organizations have to critically evaluate their IT environments and quickly identify the vulnerabilities that represent the biggest risks. Visibility into critical changes, configurations and user activity will help organizations promptly spot abnormal behavior and react to any warning signs of user identity theft. 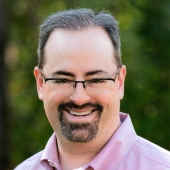 Michael Fimin is the CEO and co-founder of Netwrix, a provider of a visibility platform for user behavior analysis and risk mitigation that enables control over changes, configurations and access in hybrid IT environments to protect data regardless of its location.

Are Your Internet Devices Controlled By Someone Else?

Beyond the Grave – How To Protect Your Business

85% of Cyber Attacks Are Directed at Startups: 8 Tips That Can Save Your Company