How to Setup VoIP on a Budget – Internet Telephony

There are plenty of expenses to running a business today, however while many of them are necessary, you shouldn’t be spending too much on landline service. In the past, it was common for businesses to spend hundreds of dollars each month for multiple service lines. Today, however, thanks to solutions such as VoIP phone services, the days of spending extravagant amounts of money are finally gone.

voice over ip line is a technology which enables you to make phone calls over the internet as opposed to using traditional phone lines. Rather than having to worry about long distance charges and other hefty costs, many VoIP services enable you to make cheap phone calls for either pennies on the dollar, or a low flat rate. A few other helpful features provided by these voice services include voicemail, call waiting, call forwarding, a web based control panel, voicemail received as email, and much more.

One of the primary requirements for VoIP systems are a high speed internet connection such as Cable, DSL, T1, or even satellite connections. Aside from that, you might need an adapter, but that’s about it.

Unlike landlines and traditional phone services which require you to fit a standard mold, VoIP systems are engineered to work around your needs. Below is just a brief sampling of the configuration options you can choose from when purchasing VoIP services.

If you’re a freelancer working at home, your VoIP connection will likely share a digital line with your internet connection. Business phone lines should always have a dedicated internet connection or else calls might become garbled when people are streaming media, playing games, or just browsing the web on their computers. If you live in a rural area, you should look into whether the connection relies on the internet or goes straight to the phone provider. While a direct connection is likely to be more expensive, the quality is going to be noticeably better.

When you’re in the startup stages, doing more with less often is one of the biggest challenges you can face in your day to day operations. With VoIP systems, if you’re just starting out, you might want to consider only using software phones (e.g. apps for mobile devices or calling through the computer), or you can also purchase a couple of standard household phones and connect them to your system. Just remember that you should have at least one line for each phone along with an extra for customers who are placed on hold.

In addition to the previously mentioned features and functionality, a key staple of business VoIP systems is the prescience of a PBX (Private Branch Exchange) system. With a PBX, your business is able to route calls from a central receptionist and make it possible for multiple people to use the same phone lines (helpful if you have ten employees or so and only five lines). Additionally, the systems enable employees to forward calls to other extensions and place customers on hold as needed.

How VoIP compares to alternatives

As per some of the VoIP providers calling via internet is much cheaper and easier Compared to landlines, VoIP systems are noticeably cheaper than comparative landline packages. For example, some estimates put the cost of five VoIP lines (with call waiting, caller ID, call forwarding) at $232.92/month while a similar configuration from a traditional landline provider can cost $467.20 a month. On average you can expect VoIP services to cost between $30 to $60 a month depending on the features along with taxes.

The great thing about VoIP technologies today are that there’s a variety of options to fit virtually any budget out there. Most providers price subscriptions on a per-line basis at an average cost of $30 to $60 a month after taxes and fees are added. VoIP phone headsets can run from $50 on the low end to a few hundred dollars depending on the features you require.  There’s no installation costs associated with these services since they’re an additional layer on top of your internet connection.

If you’re looking to use VoIP for freelance operations or as a solopreneur, a good starter option for you is to setup Google Voice. The main reason for this is mainly because it enables you to easily add a second number to your mobile devices. You can even take calls through your laptop or tablet if the need ever arises. Google Voice is free to use however it’s not designed to replace your existing phone service. Rather it’s designed to enable you to take calls via existing connections.

Scaling to Your Needs

As mentioned earlier, VoIP systems are engineered to fit your needs rather than the other way around. With this in mind, you can start small with a couple of lines and scale up as needed. Most services use simple per-line pricing so you’ll never have to worry again about unexpected costs. 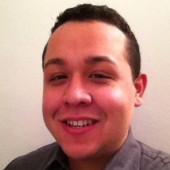 Struggling? These 5 Tools Can Keep Your Small Business Afloat

VIDEO: How Noisy Is Your Keyboard? Ramon Tests The Cherry MX Silent Keyboard.

5 Tools To Help You Get the Most Work Done