So many young people think they MUST go to college after high school. But to be successful, young professionals simply need good character, work hard and be skilled.

Sridhar Vembu, CEO of Zoho is all for education but feels there are many professions which pay well and don’t require years of college

Zoho’s putting its money where its mouth is and  launched Zoho University to train young professionals in software engineering and design. Zoho University pays its students and then gives them jobs when they graduate.

According to an article on Monster.com, SAS, Amazon, and AT&T have similar programs.

For some professions, a four-year college degree (and more) are a must – doctor, lawyer, accountant, teacher. However, many good professions simply require 1 – 2 years of practical training and then real-world experience.

I applaud more and more companies who are hiring students and training them on the job and/or accepting their vocational training.

In addition to Sridhar’s conviction about college, he champions a different “startup culture”. Instead of going public and seeking VC funding, Zoho (like MailChimp) is privately held and revenue is hundreds of millions of dollars per year.

While some founders feel the need to raise huge sums of money, have a lot of debt and have billions in valuation. Sridhar said he sleeps very well at night knowing he treats his employees well and is building a company that’s built to last. He said (I paraphrase), we can live quite comfortably with millions and don’t need billions.

Does this mean no founders should go public or seek to go VERY big? Of course not.

But this does mean that there are MANY founders who can build companies that are PROFITABLE and doing quite well and not in the rat race of Wall Street. When companies go public and/or seek public money, it’s OFTEN a challenge for them as they’re forced to keep growing and growing at ANY COST. 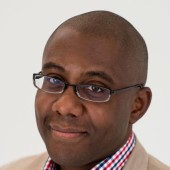 Ramon Ray, founder Smallbiztechnology.com and Smart Hustle Magazine Full bio at http://www.ramonray.com . Check him out on Google Plus, Twitter or Facebook