Prepping for 2019: Three Things to Consider For Next Year

With 2018 having cleared the halfway mark, it’s that time of year when we begin taking stock of successes, failures, and things to look out for next year. Technology has continued to drive forward at a rapid pace, and sometimes it can be difficult to keep up managing all the new ways we can be connected at work.

The widespread proliferation of cloud-based services has made them almost ubiquitous in the technology world, with all but the largest of businesses electing to take advantage of off-site infrastructure and software rather than managing them in-house. While cloud computing offers significant advantages over traditional services provided on-site, it’s also easy for companies to find themselves paying for services they don’t actually need or that could be managed internally for less cost.

Security is once again in the forefront of every CEOs mind (though it should have never left!), and the crippling vulnerabilities found at the beginning of 2018 should highlight just how critical strong patch deployment and quick response time is in the world of asset management. Software and hardware vulnerabilities aren’t anything new, but we need a constant reminder of how to deal with these issues when they arise.

Many companies have started putting ITAM at the very forefront of their IT doctrine. This shift in focus demands internal change and restructuring to provide administrators with the tools and personnel they need to be successful. Without the support and backing of senior management, performance driven ITAM becomes an unreachable goal that can increase costs, chew through resources, and cause headaches for all involved.

Taking a look at these three components to success in 2019 will help you be better prepared for next year’s advancement.

Head Stuck in the Cloud

Let’s be real: cloud services have transformed the way we view traditional technology infrastructure. Taking all the hardware, software, and personnel from a buzzing, dimly lit server room and depositing it a thousand miles away for someone else to deal with has been a revolutionary way to cut costs, increase efficiency, and open new avenues for businesses to expand their operations.

The sublime nature of cloud services is a huge contributing factor in why businesses may find themselves in the unenviable position of having way, way more cloud licenses than they need, and they probably don’t even know it. “We can run all of our software from a datacenter in Las Vegas!” sounds really great from a management standpoint, but isn’t always necessary for day-to-day operations. Not every service and piece of infrastructure needs to be offloaded to someone else. That responsibility can often be handled internally for less cost.

That’s not to knock IaaS or SaaS in any way, but in 2019 it’s good to take a step back and look at the big picture if you’re utilizing a large number of cloud services. Are you really getting value out of your cloud licenses? All of them? What can you do on your own that’s being handled by another company right now? These are common resource questions that simply don’t get asked once a cloud service agreement has been put in place. Reevaluating just how much bang for your buck you’re getting from the cloud will be a big part of looking at your activities next year.

We’re Having a Meltdown!

With terrifying names like Spectre and Meltdown, two critical hardware based vulnerabilities that could affect operating systems at the kernel level gave IT a swift kick in the rear this year. It’s important to realize these security breaches are just as horrifying as their bond-esque names imply; both Spectre and Meltdown represented one of the single largest security breaches in the history of computing. The patch required to fix these issues was so significant that is reduced CPU performance for every affected system, in some cases by huge amounts. Rapid patch deployment was crucial, as data and secure information access was essentially laid out on the table for anyone to see.

Take the time to analyze how ITAM can help improve security and threat response time. This isn’t the first and it won’t be the last major vulnerability to pop up in the near future. Asset management plays a critical role in ensuring newly found security problems are quickly addressed on a company-wide scale. Whether it’s using CMDB software to keep accurate patch histories across all your devices, or having a step-by-step playbook for immediate response and deployment after a critical vulnerability is found, Spectre and Meltdown have reinforced just how important the marrying of security and asset management needs to be to businesses that care about their data.

Over the last decade, many organizations have come to realize the inherent value in having a well-organized technical department. For anyone who hasn’t gone through any major structural changes recently, it may be time to start pushing for more support and freedom. The fluidity needed for IT departments to tackle current issues should be a priority for every business, and giving IT departments the power to manage and direct themselves in a way that’s conducive to quick response and adaptation has enormous potential benefits.

If you haven’t already, getting senior management behind structural and procedural changes to better empower your IT department should be a top priority in 2019. It can be difficult to sell the cost effectiveness of such a move, but the value of your IT department should have already made itself known by now. Getting additional tools to improve efficiency and performance will sell itself ten times over the next time a major update goes through without service interruption.

After going over these topics, it should be apparent that the trend in 2019 will be pushing IT as a priority in every business, and attaining all the tools needed to perform while keeping costs low.

How does your organization view 2019? Will you be making any major changes to the way you operate? Continuing to evaluate how technology works with and for your company will always be the most important thing to look out for each year. 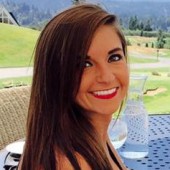 ChamberofCommerce.com specializes in helping small businesses grow their business on the web while facilitating the connectivity between local businesses and more than 7,000 Chambers of Commerce worldwide. Chamber is focused on providing the latest business news, small business advice, and helpful tips and resources for small businesses, entrepreneurs and mid to enterprise level companies. Follow us on Twitter at @ChamberOnline.