Content filtering and censorship are growing as countries adopt mechanisms to prevent access to certain information sources. Countries that censor the internet do so at varying degrees as most aim to reduce the spread of pro-western ideals, government criticism, and harassment. Depending on the country, you can use a VPN service like PrivadoVPN to bypass censorship and protect your personal and business data.

Here are some of the countries where you need a VPN:

You may have heard of the “Great Firewall of China.” It refers to the country’s strict internet censorship. Internet censorship in China seeks to limit access to popular foreign websites and regulate domestic internet consumption. Some of the sites you cannot access in china include Google sites, Twitter, Wikipedia, and Facebook.

Although internet censorship in China has contributed to the development of a separate heavily-controlled internet ecosystem, you might need a robust VPN if you are traveling to China. You must also double-check to ensure the VPN solution will work in China.

The Russian government highly enforces internet censorship by progressively blocking sites and services it does not approve of. Sites such as LinkedIn and Telegram are blocked in the country. Although you might still use a VPN in Russia, the government is closing in with restrictive laws on VPNs, including fines for non-approved VPN providers.

Saudi Arabia maintains a lengthy list of blocked sites, especially immoral or politically dissident sites. Saudi Arabia censors websites and services on a rotating list of sites criticizing their government. The country routes all traffic through the main hub and filters it by IP, domain, and keyword.

All international traffic is routed through King Abdulaziz City for Science and Technology, where inappropriate information is filtered. The country filters different topics, including pornography, drug use, gambling, criticism of the government, and LGBTQ rights.

Internet censorship in Iran has grown as more people in the country continue to access the internet. Most of the world’s popular websites are blocked in the county permanently, including Twitter, Facebook, Google, WordPress, and Twitter. Pornography and gambling sites are forbidden in the country.

In addition to blocking certain websites that do not conform to the country’s political, social, and religious ideals, Iran exercises speed throttling which ensures reduced internet access during politically uncertain periods.

VPN services are a popular way to circumvent government sponsorship in Iran, although the government sometimes blocks these VPNs.

Vietnam reads its internet censorship script from China with its Bamboo firewall, which censors anti-communist and any other content critical of the government. Luckily, if you are traveling to Vietnam and still want to enjoy internet access, you  can to use a robust and reliable VPN. You must ensure that the VPN you use is reliable since bypassing internet restrictions in Vietnam is a serious offense with severe consequences.

Pakistan exercises partial internet filtering. The Pakistani government could block certain ‘blasphemous’, religiously immoral, political, or sexual content. Social media, for instance, is restricted in Pakistan, as are sites such as YouTube and Twitter.

Using a VPN in Pakistan is crucial if you intend to have free access to the internet and protect your data. Although it is legal to use a VPN in Pakistan, the government often blocks unregistered VPN service providers.

The freedom of speech, expression, and information may be restricted in certain countries that are intolerant of political criticism or content that violates religious or social principles. You should install a robust and reliable VPN solution before traveling to a country with internet censorship if you still want your online freedom .

Check for solutions that are proven to work for the country you are visiting to ensure you are safe. In addition to using a VPN, look at the local laws before accessing the internet from these countries. 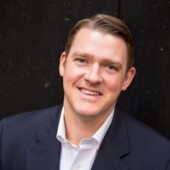 Matt Shealy is the President of ChamberofCommerce.com. Chamber specializes in helping small businesses grow their business on the web while facilitating the connectivity between local businesses and more than 7,000 Chambers of Commerce worldwide. As a seasoned entrepreneur and business leader, Matt’s focused on helping businesses leverage technology and the internet to grow.

The Future of Web Hosting: Cloud Hosting vs. Decentralized Hosting

What Every Small Business Needs to Know about Cyber Insurance