Not so long ago, marketing strategies focused on hardcore selling techniques – pushy salespeople and heavy-handed tactics to railroad consumers down a particular selling funnel. However, one man has made it his mission to change all that. Brian Greenberg, also known as the Salesman Who Doesn’t Sell, has established his own competitive advantage in the online sales arena by harnessing the power of the consumer’s voice. So, how has he proven to be such a success, and how can other businesses profit from his example?

The Power Of The Consumer’s Voice

Over the past two decades, the internet marketplace has changed almost beyond recognition. With more companies than ever before moving online and a highly competitive selling environment, it’s never been clearer that marketing strategies need to change and adapt too. Companies have to work harder than ever before to stand out in the online retail arena.

However, a surprising number of businesses have failed to move with the times. Outdated techniques are still in use and pushy selling tactics can still be seen in operation. Yet, after running successful e-commerce, financial and marketing services business since 2003, Brian Greenberg is paving the way for a new generation of digital marketers, extolling the virtues of gathering reviews and using the customer’s own positive voice as a way of attracting more traffic and raising more revenue.

This is a technique that he has used to his own advantage over the years and that has led him to write a book inspired by his own experience entitled “The Salesman Who Doesn’t Sell”.

The Importance Of Review Gathering

Greenberg, the founder, and president of True Blue Life Insurance, is well-placed to offer expert advice about successful digital marketing, having generated more than $50 million in revenue from his own businesses.

Having discovered the statistic that 90% of consumers read reviews before visiting a company’s website and making a purchase, Greenberg took the idea on board by working on ways to generate more reviews for his businesses and, thus, to leverage those positive testimonials to raise awareness of his companies, to build up trust, increase the conversion rate, and to promote future sales.

The result was incredibly successful. So much so, in fact, that he has collected more than 10 thousand testimonials and customer reviews, and has earned the title of one of the financial service industry’s most creative individuals.

What About Negative Reviews?

It’s fair to say that, no matter how good a business may be and no matter how hard it tries to satisfy its customers, from time to time there will be negative reviews. Greenberg doesn’t necessarily see this as a problem. In fact, he sees it as a useful way to showcase the company’s customer-centric approach.

It’s only natural for would-be customers to read the negative reviews first before they read the positive ones. Therefore, they need to see that the business cares about those negative opinions and have pulled out all the stops to try to appease their dissatisfied clients. It isn’t the negative reviews themselves that are a problem, it’s failing to deal with them properly.

Replying publicly to a negative review also demonstrates to potential customers who read it that you aren’t just a faceless organization but are, instead, a business that cares about its customers and wants to do the right thing.

A negative review can, therefore, even work to your advantage and help show that you’re running a reliable and trustworthy company. Greenberg effectively harnesses this technique to his own advantage in his own business enterprises and extols its virtues to those he advises.

Incentivizing Employees For Getting Reviews

Greenberg places such great importance on customer reviews that he offers incentives to his employees for getting as many reviews as possible. By offering them bonuses based on the reviews they get, he scoops a double win – 5-star reviews that showcase his company in the best possible light, and a team of motivated, hard-working employees who are driven by customer service.

Making It Easy To Leave A Review

To leverage the potential of customer reviews, Greenberg emphasizes the importance of making it as easy as possible to leave reviews. Without facilitating the process of reviewing, customers are unlikely to put any effort into reviewing their experience. The only customers who are likely to do this are those who are extremely unhappy with the service they’ve received.

To this end, he uses an automated process to remind customers to leave a testimonial and includes direct links in the reminder that takes the customer right to the appropriate review page. Eliminating the need for customers to click around and carry out searches to leave their opinion, he simplifies that process and increases the likelihood of a positive review being left exponentially.

While Greenberg doesn’t engage in aggressive marketing techniques, he still manages to increase sales and boost profits in an impressive manner. How does he do it? The answer lies in his customer-centric approach.

By focusing on offering outstanding customer service and encouraging the customers themselves to do the selling through their own positive reviews, Greenberg is blazing a trail in the global digital marketplace, showing others how to encourage their customers to leave testimonials and how to use the power of those reviews to strengthen their reputation within their industry, increase their brand awareness, and grow their business exponentially. It’s no wonder that Greenberg has become known as the Salesman Who Doesn’t Sell. 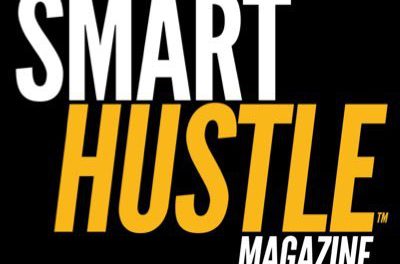 Gary Vaynerchuk’s 16 Tips For Your Success In Marketing, Social Media, Entrepreneurship and More